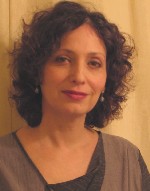 What is the breakdownservice?
When the casting director begins the process of casting “she” emails a character breakdown to his service or up-coming casting sites and these casting descriptions. The agents have access, read these announcements and finally submit a list of actors with photos and cv.
Do you think that the internet is able to extinguish the profession of Casting Directors?
Definitively NO! You still need somebody who knows the actors work and range. The internet can’t make these decisions. It can just present you with ideas. For example take Renée Zellweger in “Bridget Jones”: A database could not tell you that she could play a chubby British girl. That takes imagination, something a database can not do. Also casting directors has close contact to agents and managers who know their actors best. This communication is personal and essential when making creative decisions. It’s like Microsoft Word, it can`t form creative sentences for you, it only gives you a basis. The internet just gives guidance to the Casting Directors. And the internet can’t negotiate the Casting Director even has to!
What is frustrating for you in the business?
At times it can be frustrating balancing "Art and Commerce". I believe strongly that the right artistic choices are essential for a brilliant and successful film. What an audience is ultimately left with, when leaving the theatre is the performance - that is what resonates and illuminates the script, the film, the experience.
What is your favourite movie?
There are so many, but primarily I am interested in the work of directors like Hitchcock, Godard, the Italian Neorealists, Almodovar and other experimentalists like David Lynch or Kar Wai Wong.

Thank you very much, Lina!

Attached you can find a photo of the casting panel!